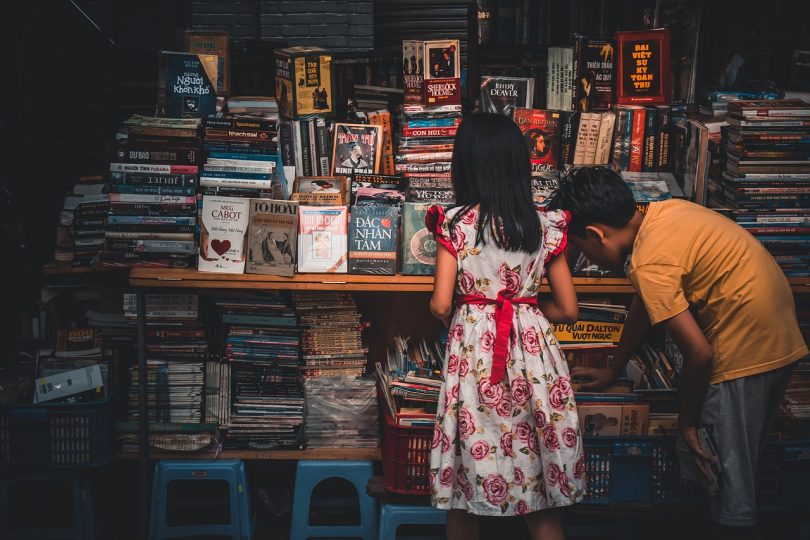 Getting kids interested in reading can be tricky, right?

The secret is that you need to choose books that will appeal to their interests and if you have a child who dreams of being a spy then we’ve got the perfect recommendations for you.

We’ve compiled a list of the best spy books for kids and teens – just what you need to get your family reading!

Fun Activities for Spies of All Ages (Activity Journal Series) makes the perfect gift for children ages five and up and is jam-packed with puzzles, mazes, and word searches.

Kids will even be able to fingerprint their friends and use the invisible pen to write secret messages!

This book is ideal for young readers and will keep them engaged for hours on end as they learn the ins and outs of the spy world.

2 Secret Decoder Activity Book – The Case of the Runaway Ruby

Activity books are an excellent way to keep young kids entertained during a flight or any type of long wait when you don’t want them glued to their screens.

This exciting spy activity book is perfect for kids in the six to nine age group.

3 The Real Spy’s Guide to Becoming a Spy

The official handbook for kids who dream of becoming secret agents.

This book will appeal to older kids because it focuses on how to become a real spy and not just like those you see in the spy movies. Parents will be impressed by the level of detail it provides while children will be mesmerized by the coverage of real-world operations and strategies.

The Real Spy’s Guide to Becoming a Spy was created by a former operative in the CIA’s Clandestine Service so it’s definitely the real deal. Here we recommend also the real spy gear for kids.

In this fun fictional series, an undercover nerd by the name of Ben Ripley is recruited to the CIA’s Academy of Espionage. It’s a dream come true for him but it quickly becomes apparent that his lack of coordination and clumsy nature aren’t exactly what’s needed to become a spy.

5  Top Secret: A Handbook of Codes, Ciphers and Secret Writing

By:  Paul B. Janeczko

Middle-school kids will get lost for hours on end in this spy-themed book, learning all the secrets of codes!

Concealed within its pages are real-world code secrets, information about cipher systems and instructions on concealed writing.

Kids will not only learn interesting historical facts but the book is also packed with plenty of activities for them to experiment with.

6 I Was a Third Grade Spy

Josh is a thrid-grader who has something truly unique: a talking dog named Arful!

When Josh and his friends decide to enter their schools’ talent competition they use Arful to spy on their competition – a group of girls. Just wait until you see what he uncovers!

This is a fun take on the classic boy vs girls theme which is popular with kids ages eight to twelve.

Their mission, as they make their way across Paris, is to sabotage the Good Company which has restarted its profitable brainwashing business…

This high-energy adventure story is ideal for children ages eight to fourteen.

Bonus: if your kids love this story there are more books in the Crime Travelers Spy Series!

8 How to be an International Spy

This top-secret guide is filled to the brim with everything aspiring spies need to know. With everything from crazy spy gadgets to ingenious codes and unbelievable decoys, this book will keep young readers glued to its pages.

Not only will they learn inside information on secret intelligence by they will also gain insight into the lives of legitimate spies and undercover agents such as Edward Snowden and Ian Lancaster Fleming.

How to be an International Spy: Your Training Manual, Should You Choose to Accept it is ideal for any prospective spy kid aged eight and up.

Mac is a spy kid, but not just any spy kid. He’s a spy for the Queen of England herself!

When the priceless Crown Jewels are stolen Mac is called into action, and, with the Queen depending on him, he takes off on a global adventure to find her lost treasure. The only question is: can he find it in time?

This book is sprinkled with historical facts and fuelled with adventure and comedy, making it ideal for readers aged seven and up.

Imagine being born into a superhero family. Sounds pretty sweet, right? Especially if you also want to be a superhero!

But what happens when everyone in your family has superpowers, except you?

That’s exactly the problem that Elliott Harkness faces in Epic Zero: Tales of a Not-So-Super 6th Grader. While his family is off having incredible adventures thanks to their special powers, he’s stuck in school.

This is a perfect read for both boys and girls aged nine to twelve.

Kids who love a fast-paced adventure will devour this book and probably ask for more. You might even find yourself reading it too!

Before Greyson Gray embarked on an exhilarating mission to serve his country he, like many of us, attended sports camp.

This is where he learns the thrill of competition and the first awkward moments of a budding crush. And all this is ideal because he needs plenty to distract him from the haunting memory of his fathers’ strange disappearance.

The idea of a 14-year-old MI-6 spy might sound a little far-fetched but Anthony Horowitz makes it seem wholly believable in this epic spy adventure.

If you have a teen who is obsessed with high-tech gadgets and action-fuelled stories, this book (now also a major motion picture) is a must-have.

The author of this thrilling spy kid adventure book is currently the only writer in the world who is authorized by both the Arthur Conan Doyle and Ian Fleming Estates to write original Sherlock Holmes and James Bond novels, proving that he truly is the master of this genre!

This is the first book in the I, Q series and it’s bound to have young readers hooked from the start.

The main character in this story is Quest, a thirteen-year-old who embarks on a year-long cross-country with his mom and new step-family. It’s meant to be a year of fun and adventure but strange happenings seem to plague them from the start.

Quest soon realizes that the trip is not turning out the way his parents had hoped and it’s up to him to solve the mystery.

14 George Washington, Spymaster: How the Americans Outspied the British and Won the Revolutionary War

By: Thomas B. Allen

Often the best stories are true stories and this one is no exception.

Based on actual events and carefully researched by author Thomas B. Allen this book offers a surprising new look at one of the most important eras in America’s history.

When George Washington found himself facing a war with the British in 1775 he knew that he was in trouble. His resources were low and he was up against the world’s most powerful nation.

His only hope was to delve into the shadowy world of spies, covert operations, codes and ciphers to try and outwit the British.

Readers will meet the members of the elusive Culper Ring, learn how invisible ink works and how even a clothesline can be used to send secret messages.

This book even includes Washington’s own secret codebook, published here for the first time, which is sure to be a big hit with teens!

“Mundy highlights the lives of the many brilliant women who secretly served the code-breaking mission against Nazi Germany and Imperial Japan… A solid resource for younger researchers.”―School Library Journal

This book is perfectly suited for older teens, especially those who enjoy true stories.

It’s a little-known fact that during World War II more than ten thousand women were recruited by the U.S. Army and Navy to learn the secret act of codebreaking.

While their husbands, brothers, and boyfriends fought on the other side of the world, these women cracked some of the most intricate German and Japanese military codes.